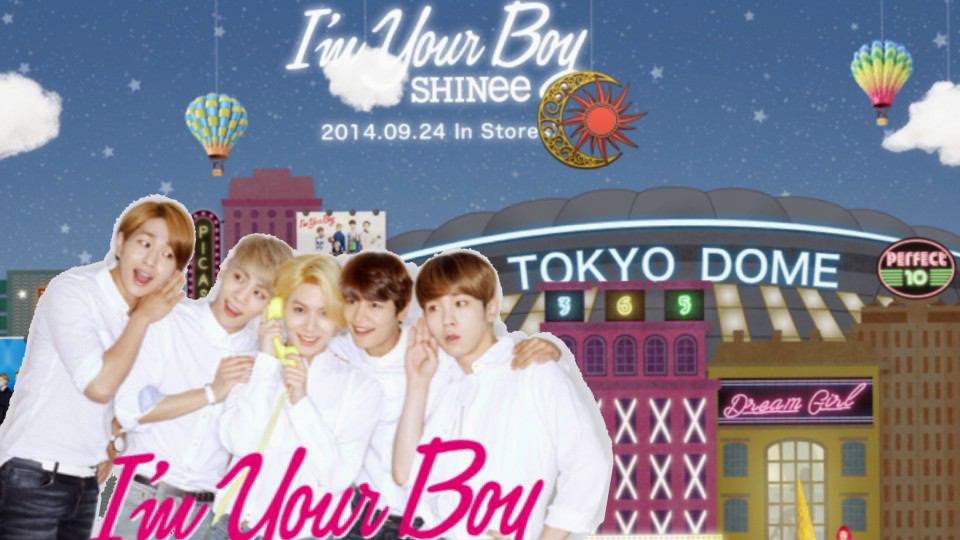 Tokyo Dome was a place where new shining stars were born, on 14 March 2014,  SHINee was there!!!!!
I think I shhould put this impression down somewhere until this strong emotion dosesn't go away yet.

The setlist is below. 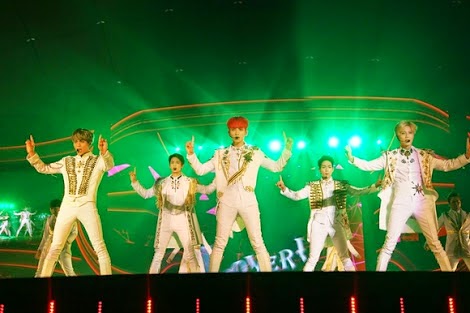 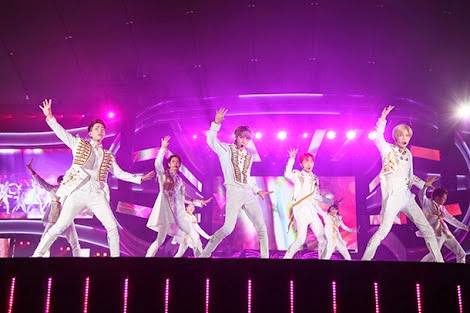 
On the first day, I was a little nervous because I saw a lot of ppl looking for someone wanted to buy their surplus tickets on SNS etc. If there are many vacant seats, it must make SHINee members be disappointed. My worry worsened when I recalled the time when I’ve been to BIG BANG’s Tokyo Dome live. It was my first time to be in Tokyo Dome and the dome was so huge compared to any concert hall that I have been to see SHINee. There were smoggy with heat that blur on the other side. It seems difficult to fill Tokyo Dome. Even BIG BANG live, I saw vacant seats up in 3rd floor. AND, there were TVXQ's concert in Osaka and EXO's in Seoul. What the heck SM Ent.?! Do you really care about SHINee my angels??????
But my worry was betrayed in a good sense. I found full of people excited all over! 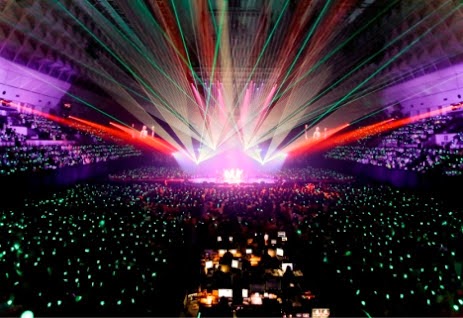 Opening
Lots and lots of dancers ran into the floor with big flags in hand. I felt ground rumbled. Running up the stairs to the stage and music began. Fans all stood up and sounds of percussion sped up, called our stars then, SHINee shown up at the center stage. I could nothing but screaming. I saw them from the 1st floor seat, not close enough to see their expressions, but I saw so much energy in their standing posture. They are standing the Tokyo Dome stage.

And Everybody. Everybody at the first???!!!! I could just shouting their names along with others crying.
Their prince-like costumes were perfectly fit with their musical pieces. In Everybody, members are portrayed as toy soldiers though. Also prince-like costumes reminds me of SHINee’s respected hyuns (senior brothers), TVXQ. TVXQ always come onstage in gorgeous prince outfits. It’s like SHINee finally joined the very best of front line groups like TVXQ.
On the first day, they looked a little too strained that they were slightly out of sync compared to usual perfect synchronicity, but not sure because I was so excited! Overall performances were great. Sharp movements are full of spirit.
Lucifer was a good choice since it’s a representative song in early period, everyone knows the call. The sense of unity and excitement were driven up.
A rush of title tracks with strong dance performances was overwhelming! My angels are incredible!!!!!! 50000 fans' screaming was overwhelming.
-TALK
Introduced themselves as always, and found that Key’s Japanese improved so much. It always impress me so much that how much does they make effort on everything even on practicing language besides all the great deal of work they have to go through.
Onew revealed there gonna be solo stages for each of them and collaboration stage with a fashion bland. Key mentioned Replay as “The next song is very special to us. It’s our debut song,”
Replay comes as specially arranged version for TD live! Old Replay videos are played on the back screen. It evoked nostalgia so much. Taemin was just a kid then.... he’s grown splendidly like this *sobbing*. This kind of nostalgia makes me feel like I’m their mom. Especially, Jonghyun, you are getting too skinny we nunas are so worried about you baby... *sobbing*. You all are splendid. I’m proud of you.
Bounce -7. Hitchhiking-8. Evil-9. Picasso
Good swinging music with great dancing!!! This part is same to the concert tour 2014 in Japan. This is a favorite part for me. Evil's blindfold dance is really sexy, especially I found Onew's expression in desperate movement got me soooo much!!!! Onew is not quite a dancer in SHINee, but he was awesome. It also betrayed Onew's image of angelic smile and sweet voice and was ntriguingly exciting. 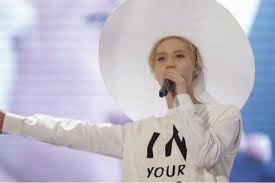 SHINee was in new black and whote clothes. That must be the same brand that they wore in Everybody's album photo book. 5 huge hats appeared lol.  A friend of mine said she found it a little funny, but I thought it was cool especially on Taemin and Key! (I can't deny it's a little bit funny on Minho though....)   They went up in lifts and  Nice standard ballads sounds almost holy to me *sob*
Latest lighting technology was great. SHINee was really shining and looked like angels..... To tell the truth, I usually think Japanese songs are uncool. Who wants that stupid lyrics? (Actually these songs are not bad. Indifferent though. Japan's title songs were awful imao)  SHINee deserves more than that.... But I was really moved this time. Singing Fire along crying.

I would stop here for now. Comments and questions are welcome. XOXO
投稿者 Aya 時刻: 19:56 1 件のコメント: